Resolve Problems with the Dedicated Server Errors in Halo Infinite

Christmas came early with the release of the Halo Infinite multiplayer experience releasing two weeks before the advertised release date. As an Xbox Play Anywhere title, I was able to download it to both my Xbox Series X as well as my Windows 10 computer and cross-play between the two with my friends and family.

However, I didn't get to play Halo Infinite immediately on my computer because of constant errors that I had assumed were problems with Microsoft, not my own computer and configuration. These errors turned out to be not a Microsoft or Xbox issue, but the lack of support and documentation didn't make it obvious.

In this article we're going to see how to resolve errors such as "There was a problem with the Dedicated Server" and similar.

Like I mentioned, I initially thought that my inability to play Halo Infinite on the PC was because of a Microsoft or Xbox server issue. I tried periodically for two days only receiving "There was a problem with the Dedicated Server" error. I have no problems playing any other game on Steam, Epic Games, and similar. Not to mention the game played fine on my Xbox Series X. 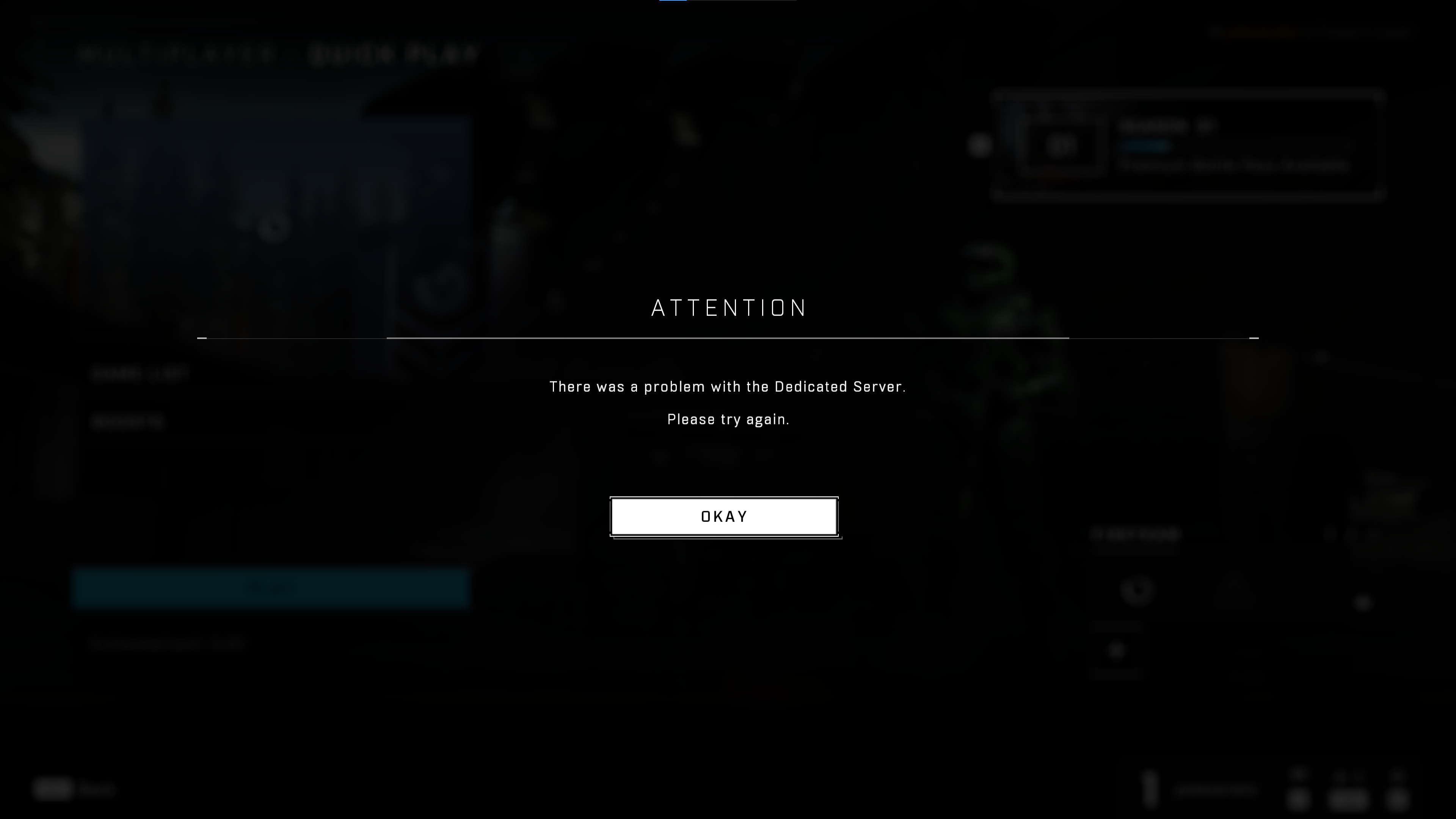 After doing a lot of digging, I came to the conclusion that I had two issues:

If you're receiving the same error as me when trying to play Halo Infinite, this might be a good starting point for you.

Before getting too invested in this section, I have to be clear that when I talk about ad-blocking, I'm talking about it at a network level. Having a web browser extension to block ads is not going to have an impact on your Xbox gaming experience.

On my home network I have what is called a Pi Hole. It is a little piece of hardware that will block ads for all devices on the network regardless if they are coming from a web browser, video game, or smart device.

The Pi Hole was blocking Xbox related network traffic and I knew this because I had issues viewing the Xbox support website.

Essentially I added wildcard entries to allow all network traffic from the Xbox Live and Xbox parent domains.

Adding those two entries fixed part of my issue.

If you don't have network level ad-blocking and you don't have some weird firewall rules on your router, you probably won't have the same problem that I had around network traffic.

The next part of the battle was discovering that Windows 10 has an Xbox Network Diagnostic Tool. Do a search from the "Start Menu" on your computer for "Xbox Networking". 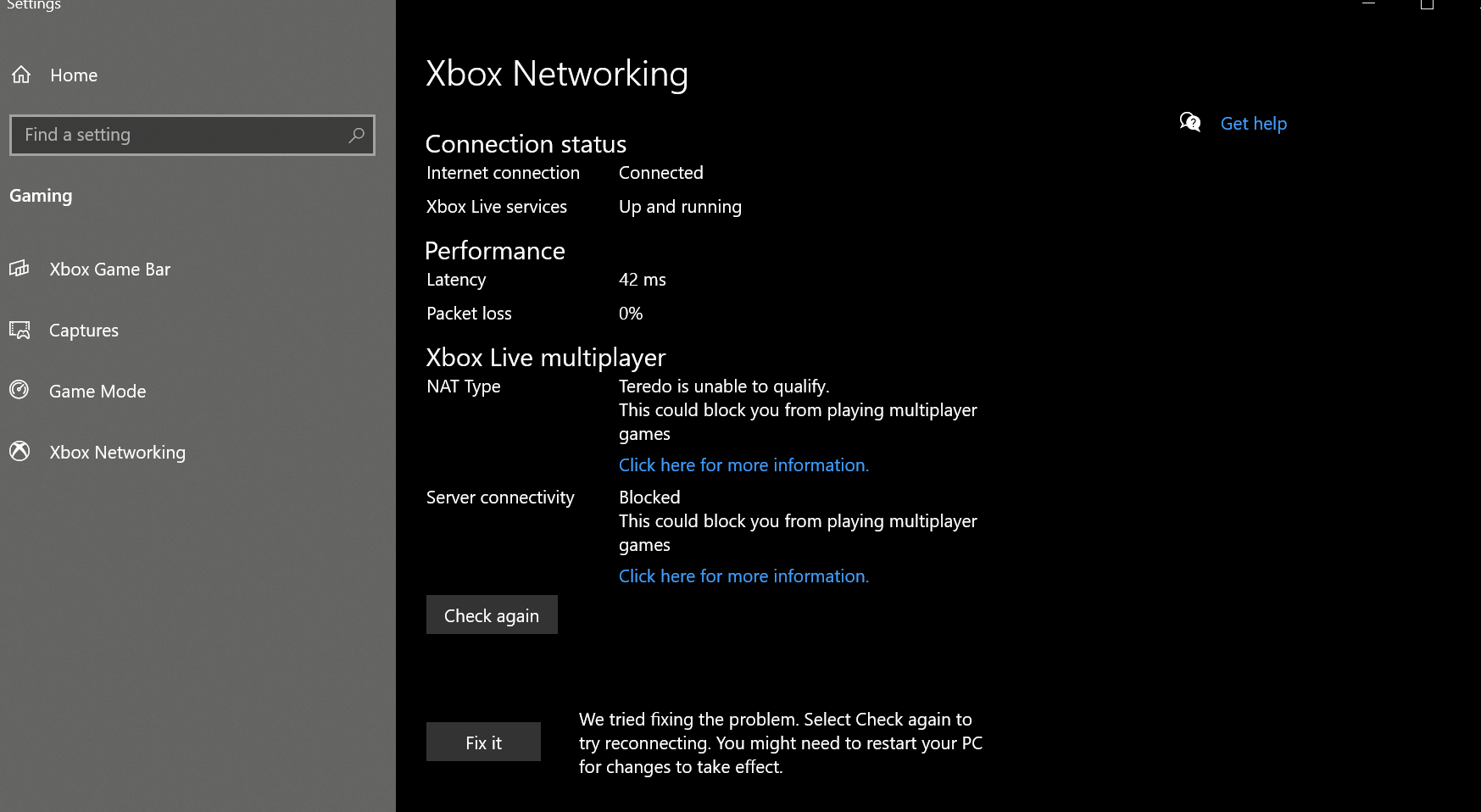 When I opened the tool on my computer, I had a mess of problems that didn't have any clear answers. For example my NAT type said "Toredo is unable to qualify", something that my Xbox Series X had as "Moderate". I also had my server connectivity blocked for no particular reason.

The good news is that clicking "Fix It" within this tool resolved all my errors. I have no idea exactly what it did and the result did require a computer reboot, but after it finished I had no errors and was able to play Halo Infinite without issues on my PC.

If you're receiving "There was a problem with the Dedicated Server" errors or similar when trying to play Halo Infinite or any other Xbox Live game, it's worth checking your network for weird rules or blocked network traffic. It's also worth running the Xbox diagnostic tool on your computer.

Remember, on my Xbox Series X I had no issues. I had assumed that since it worked on my Xbox that it should work on my PC. Don't be like me in thinking that because there were other problems that needed to be corrected.

I'm hoping this helps someone in their Halo Infinite journey! Ya boy BigNo! November 30, 2021
I got it corrected by just restarting my PC, I appreciate it though!
Search
Follow Me
Recent Articles